Computer Science for All 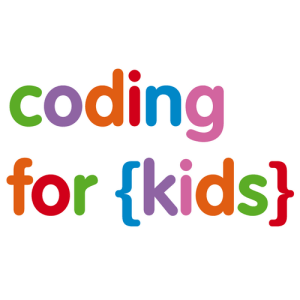 Tech entrepreneur and founder of Code.org Hadi Partovi on why computer science should be in every public school, at every grade level.

Back in 2012, the idea for Code.org was just a glimmer in Hadi Partovi’s eye. He was already a successful entrepreneur—Partovi was part of the founding team that sold voice recognition pioneer Tellme Networks to Microsoft in 2007—but he was looking for something more meaningful as his next step. “Starting another start-up to make money wasn’t motivating to me,” explained Partovi in an interview on Recode, before adding that the death of Steve Jobs had him thinking about his own mortality: “Steve Jobs was 12 or 13 years older than me, and I thought ‘If I die in 13 years, what will I look back on?’”

By way of an answer, Partovi launched the nonprofit Code.org with his twin brother, Ali, in 2013. The organization is dedicated to expanding access to computer science in schools and increasing the participation of traditionally underserved groups like women and minorities. The story of its early success is in the numbers: Code.org says that 750,000 teachers use its curricular materials, and that 25 percent of U.S. students have accounts on the website—45 percent are female, and 48 percent are from underrepresented minority groups.

Perhaps it feels too early for Partovi to call it his legacy. When I ask him when he’ll finally be happy—when he’ll consider himself done—Partovi answers immediately: “When every school in America is teaching computer science.” It’s the kind of definitive statement about limits, however expansive, that you don’t hear from start-up founders very often, and before I can get a word in edgewise he’s already musing about whether Code.org should be thinking more globally.

I chatted with Partovi about his early days as a coder in his home country of Iran, when kids should start learning how to code, and why public schools are particularly critical to the future of computer science in America.

On his origin story as a coder: I imagine I have a pretty unique origin story. I was a kid in Tehran, Iran, during the Iran-Iraq War. We lived near a TV station that was an Iraqi target, so I literally learned coding while our neighborhood was being bombed from the air. I started by programming on an old calculator, but then my dad bought a Commodore 64 from Italy and the first program I wrote was producing the word “Hello” over and over again on the screen. After that my brother, Ali, and I created a program to play any sheet music, starting with Beethoven—we were learning to play the piano at the time—and that was the first time I built something I felt really proud of.

On how computer science changed his life: It’s definitely changed the way I look at the world. It taught me how to solve complex problems by breaking them down into smaller parts and rearranging them to make better sense of them. Computer science is about learning how to think, and it’s applicable to everything from writing a symphony to building a business like I did.

On where computer science should sit in the curriculum: I 100 percent believe computer science should sit at the level of mathematics, biology, and chemistry. At some point the false science of alchemy became the legitimate science of chemistry, and now we take the study of chemistry for granted. I do feel that we are at an inflection point—when people sit down to write the history of the 21st century, I think it will largely be about the impact of technology on our lives. Today, computer science is mainstream, impacting every field of study and every industry. We should be investing in that future.

On why kids should learn the skill set: It’s not just because there are high-paying jobs in computer science. We don’t need every student to learn to code because of the availability of coding jobs—we should teach computer science because it’s a foundational skill and prepares them for life. In the 21st century, every industry, every field of science, every career is increasingly digitized, and students should know how the technology works.

It’s also fun. Today’s youth are growing up with smartphones, and we can get them learning about math and English by creating an app, for example—and they love it. Students rank computer science just behind art and dance as their favorite topic.

On when to start teaching programming: I think it should start in kindergarten. At that level it’s not programming but computational thinking, and you don’t even need a computer. You can have kids write down recipes—organizing all the steps for making eggs, for example, is a lot like writing a computer program. And when you start kids really young, you reach them before stereotypes and negative associations set in, before they think “I’m a girl and I can’t do this” or “This is just for nerds.”

On the experience and funding you’ll need as a teacher attending a Code.org workshop: Teachers are our most important audience at Code.org because they can get computer science directly into schools. If you’re a teacher attending one of our sessions, you don’t need to know math or programming. If you can’t sign up for Twitter or send an email, that might be a problem. But that’s the technical threshold we’re talking about.

Until March 31 we’re signing teachers up for summer classes. It’s a five-day workshop for middle and high school teachers, and then four days of support during the year when you’re teaching. For elementary teachers, it’s a one-day optional workshop. Over 70 percent of teachers who attend Code.org workshops rate it “the best professional development I’ve ever attended.”

It’s a great deal. Almost all of the classes are free, including travel expenses.

Computer Science for All